– a person who chatters noisily

– one who collects indiscriminately 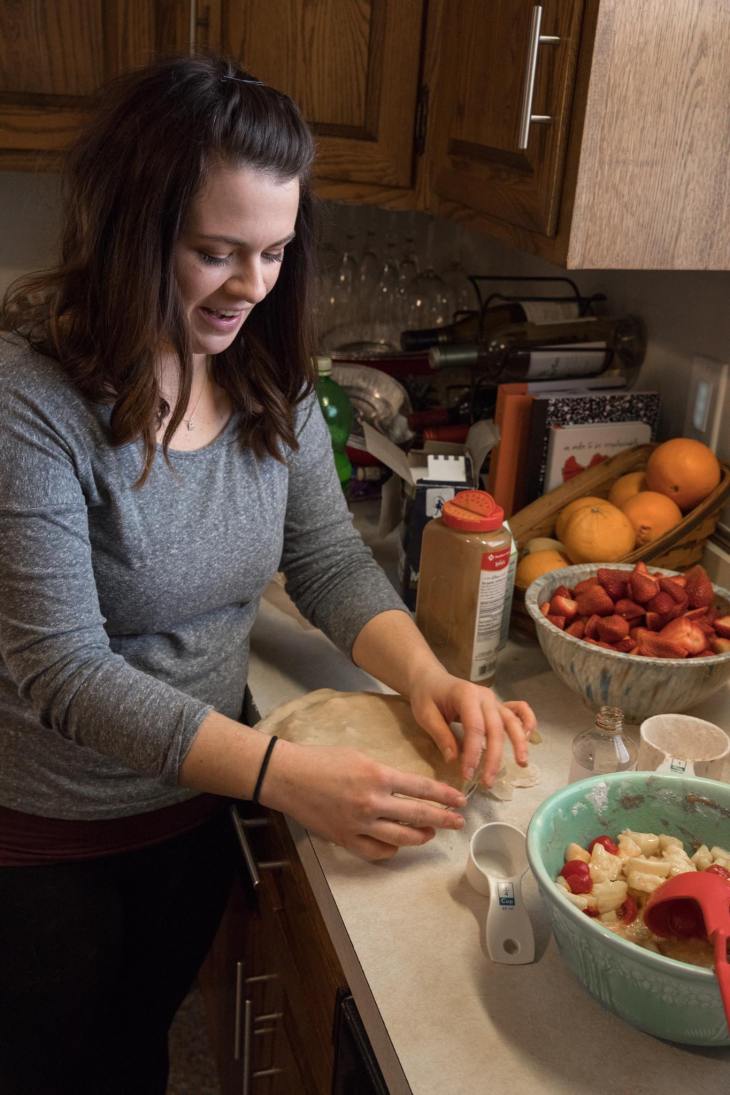 According to the American Pie Council, pie has been around since the ancient Egyptians. The Romans are credited with the first recipe for pie. Most early pies were meat pies and it wasn’t until the English settlers brought pie to America that it took on a sweet twist. The crust was a very important part of the pie and it is crust where this story begins. 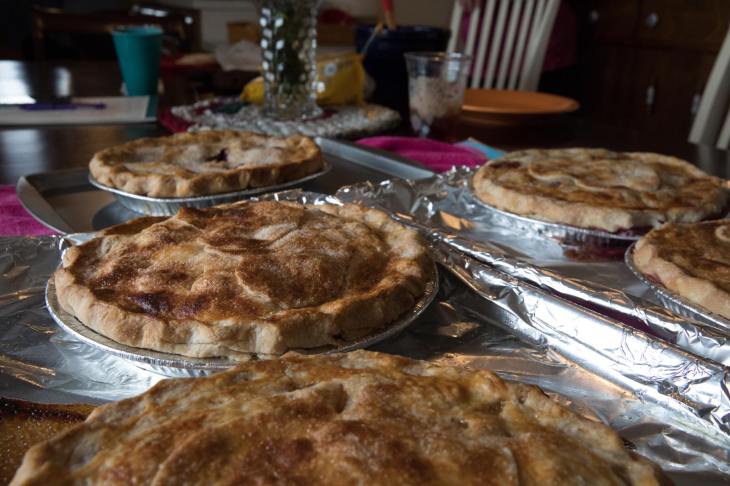 On a mild Saturday in February, we arrived to a warm kitchen with smells of pie and pie construction in various stages. Kayla, owner and founder of Magpie’s, was preparing for the Valentine’s Day market. She was carefully cutting hearts out of pie crust to top her pies to celebrate the holiday. We learned that the crust that she uses is a recipe passed down through her family, starting with her grandmother.

Her grandmother and mom were both in the kitchen, helping Kayla juggle her ovens and pies and crafting her infamous handpies. Her grandmother told us the story of her pie crust being an important part of pies that she made for auctions when Kayla was a young girl. Her pies were in high demand at these auctions and now Kayla uses this same scrumptious crust in all her pies. I felt nostalgic listening to her describe the auction pies as I would attend auctions as a young girl with my grandparents and my grandpa would always buy a pie.

The name Magpie’s, like the dictionary definition, has several meanings. A nod to pie birds, commonly placed in pies to allow for a more even bake. As we found out, Kayla, her mom, and grandmother all like to chat. Our entire visit was spent in conversation over a wide variety of topics. And as we found out, everyone likes to collect things. Carnival glass, mixing bowls, and rolling pins are a few of the things that Kayla and her family scour auctions for.

If you’ve stopped by Kayla’s tent any given Sunday, you’ve probably seen her grandparents there supporting her before their trip to church. Kayla’s grandfather also helps out in the pie business – when you get an apple pie in the fall, the apples come from her grandfather’s apple tree. And the door that has been transformed into the table for all of Kayla’s delicious creations? It was once a door in her great grandmother’s home. 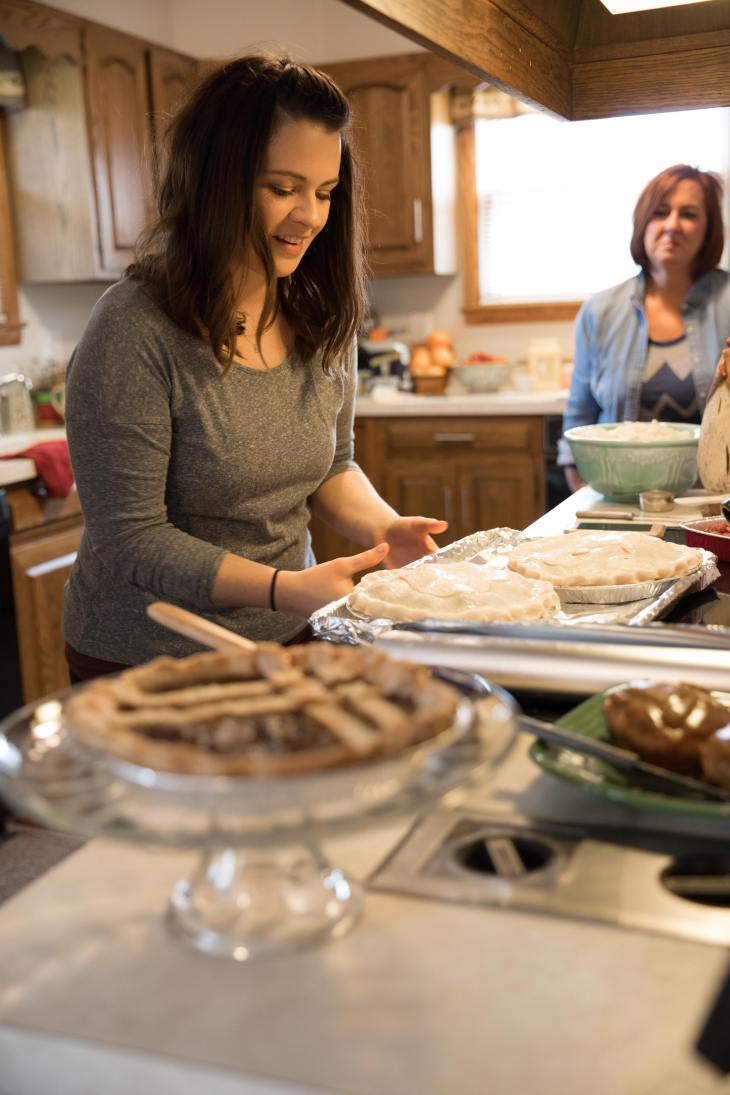 By day, Kayla is a school librarian. And the evenings and weekends, she spends baking. Pies were the baked good of choice for Kayla at the market because there was a niche that needed filled. It’s a pipe dream of Kayla’s to one day own a bakery, but for now the market is where she can flex her culinary muscle. When I asked her how her first season went? She told me she was able to purchase new kitchen flooring in her first home solely with her success with Magpie’s. And to celebrate that, we enjoyed a slice of raisin pie and clinked our sweet tea.